Four Ways to Engage Consumers in 2017 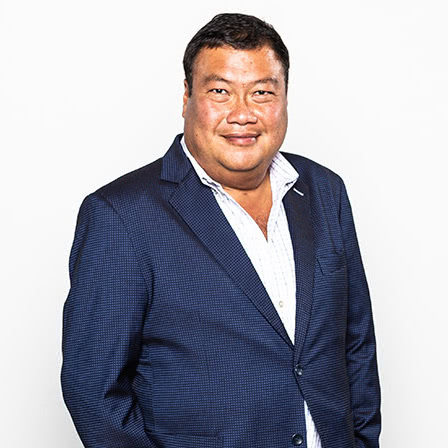 This year, it’s going to be more important than ever for brands to seek out innovative technology and new marketing tools and techniques to attract consumers.

Because the old hard sell approach doesn’t attract today’s consumers, who increasingly favor brands that have built communities of believers.

Here are four relevant and timely methods of engagement that we’ll be hearing more about in 2017.

Brands can extend their authenticity through live user content on platforms such as Facebook Live. And that content doesn’t just have to be about the product. For example, Red Bull livestreamed via Periscope to extend “invitations” to exclusive parties featuring celebrity DJs, athletes and models.

Even gamers have their own livestream platform, called Twitch, whose monthly audience of over 45MM dramatically extends the visibility of tournament sponsors and in-game placements. And on Barstool Sports, fans can kick back with hosts who are commenting on the game live, just as if they were sprawled out on the couch next to you.

On any of these platforms, consumers become believers because they feel they are experiencing the moment without filter.

Virtual reality has been a bit of a novelty since it reemerged in 2015. Lowe’s has used VR it to create virtual rooms to see how fixtures and appliances might work in a new bathroom or kitchen. Others, like Mercedes Benz, have used VR to cultivate a new generation of millennial believers—not by embellishing M-B’s luxury image, but by immersing prospects in the exploits of Kelly Lund, a famed outdoor adventurer, who embodies the millennial ideal.

Now, second generation technologies like Google Daydream and Oculus Touch are bringing more senses into the experience by incorporating intuitive touch. In this new virtual reality seeing and feeling is believing. And don’t forget about augmented reality.

In addition to the wildly popular and lucrative Pokemon Go app, marketers as staid as the White House Historical Society have made history come alive on a one-dollar bill. Its 1600 app makes people believe that a visit to the White House is a way to “witness” many of the events that have happened there.

Through marketing cloud automation, brands can deliver a choreographed the array of messaging that synchronizes with the prospect’s progression in the awareness, consideration, decision, and evaluation process. While the technology has been available for years, it is taking on a new dimension of personalization and immediacy with the advent of chatbots.

These systems are using intuitive artificial intelligence and continuous machine learning to not only anticipate prospect’s next need, but steer them towards desired actions. Most of it happens with the appearance of being a trusted and responsive personal adviser, who just happens to live on your mobile device.

Facebook is getting in on the act by creating chatbots that analyze the content that each user creates and engages, and in turn produces organic content that drives brand interaction. This type of interaction almost has the believers creating their own belief systems, with the chatbots simply playing the role of catalyst.

Personalized Coke cans were fun, but just a start. With smart phone penetration now exceeding 70 percent, look for the integration of mass customization with user driven data to drive a new level of personalization.

The model of Netflix and Spotify “understanding” your preferences and serving you content accordingly will lead to intuitive personalization of everything from workout routines to meal planning based on smart phone telemetry. The Blue Aprons of the world will integrate not just taste preferences, but also lifestyle inputs. Another example is custom men’s clothier, Proper Cloth, which uses a combination of smart phone data points, proprietary algorithms, and made-to-order fabrication to sell custom shirts and suits without the high labor cost of skilled tailors.

The most compelling example of technology’s intersection with customization is in precision medicine. This technology allows treatment of the individual patient and not just the general illness. Based on DNA sampling and formulation of therapies that work on specific individuals, precision medicine will dramatically change the approach to clinical care—with believers being earned one life at a time.

Of course, the challenge for all marketers is to determine which technologies can be most relevant and best integrated to genuinely serve the needs of your community of believers. Use them as a North star and you won’t be far off the track to success in 2017.