Explore: Trying and Sharing the Unexpected 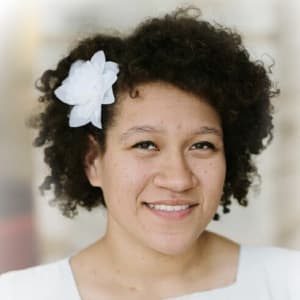 Welcome to the third part of my series on trends affecting the U.S. cultural and business landscapes of 2021. You can read the first and second parts here.

Over the past year and a half, we’ve experienced varying levels of lockdown. When restrictions first began to lift, some were more willing than others to get out into the world. Despite the majority of people eagerly anticipating some sort of return to normalcy, there was a great deal of uncertainty over what each new layer of freedom would entail and how long it would really take for things to get back to normal. As a result, people looked for new forms of entertainment from the comfort of home, and were rewarded with new and interesting experiences if they had the inclination and ability to venture out.

The easiest thing for people to access was, of course, content. The increased time indoors saw the consumption of media more than double, with average hours spent consuming content going from 3 hours and 17 minutes per day to a whopping 6 hours and 59 minutes, according to DoubleVerify. All those hours dedicated to watching things inevitably led to the creation and distribution of more content. We saw streaming platforms like HBO and Disney+ experiment with ways to engage audiences at home, sharing would-be theater releases that had seen delays in the earliest parts of the pandemic. On the more esoteric side, a group of TikTok users came together to create Ratatouille: The Musical, which included the talents of American actor and singer Tituss Burgess. Leave it to TikTok to crowdsource a musical. After all, on TikTok, content is king, and the platform has seen explosive growth following the course of the pandemic. In October 2019, TikTok had 40 million daily active users in the U.S. By August 2020, that number had jumped to 100 million, according to CNBC. It was the perfect place for people to flock both for consumption and production of media.

But the implications for engagement on TikTok don’t just stop at entertainment. Advertisers can show up there in unique ways, whether by following a trend or creating something new, and appear as if they belong on the platform just as much as the next video. Moreover, the production costs of content on TikTok can be much lower than what it typically takes to produce an ad. There’s a lot of potential for advertising on TikTok, so long as agencies and brands are willing to give it a chance.

In terms of the more physical world, the pandemic has given often-oversold AR/VR technology more of a chance to shine. As people get back to experiencing things in person, the events they go to have to compete for their attention and their dollars. Forrester predicts that by the end of this year, AR/VR adoption will be up more than 10% from what it was in 2019, bringing total use to about 50% of the U.S. population. One particular attraction taking the nation, and world, by storm is “Van Gogh: The Immersive Experience.” Artwork from the iconic post-impressionist painter Vincent Van Gogh comes to life in a 360-degree digital spectacle that illuminates and transforms the physical space into a fully immersive, hands-free and socially distant exhibit. Viewers see Van Gogh’s work take over the walls of the exhibit space and encompass their surroundings through the lenses of several dozen projectors, hyper-realistic VR headsets, or a mix of both. Of course, the things people venture out to see in a world with the hassle of wearing a mask must be dazzling beyond imagination to be worth the effort.

The pandemic forced people to get a little creative to entertain themselves, resulting in the growth of social platforms and increased familiarity with more technologies. Whether at home or a bit further from home, more avenues to explore new types of media, entertainment, and experiences will emerge in the coming years. Stay tuned for more updates in my next article.