Award-winning marketing services agency WHITE64 announced that Kerry Beutel, its chief operating officer since 2015, has been promoted to agency president.

WHITE64 Chairman-CEO Matt White said Beutel will remain COO while taking on the additional role of president.  He added that her appointment is effective immediately.

“I’m extremely pleased to name Kerry to this all-important position at our agency,” White said in making the announcement.  “She’s been a key player in the success of WHITE64 for several years and now her influence and contribution to our agency’s future will be greater than ever.” 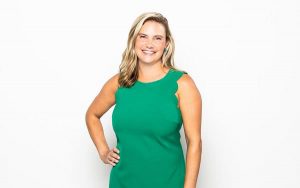 Beutel is a “boomerang” member of WHITE64, having first joined the agency in 2001 as an account executive, a position she held until leaving for increasingly higher-level roles at agencies including Arnold Worldwide and the digital design boutique Pappas Group (now DMI).  All told, Beutel has almost 20 years of agency experience in a variety of disciplines, including media planning, account management, new business, HR, and operations.

She returned to WHITE64 in 2015 as COO and partner.  Since then she has played a key role in increasing the agency’s profitability while boosting revenue by 26 percent.  She also led the agency’s relocation to a dynamic new office space in Tysons, VA from its previous location in Hernon, VA.  After the agency settled in its new home, Beutel set about implementing a wide range of new company policies and employee benefits designed to increase staff satisfaction and decrease turnover.

“I’ve always believed that taking care of them takes care of our clients and our bottom-line.” – Kerry Beutel

“Our staff is our greatest asset and largest investment,” Beutel said.  “I’ve always believed that taking care of them takes care of our clients and our bottom-line.  Great people are ultimately the differentiator in this creative business and as agency president I plan to continue that approach.”

In her new role, Beutel’s responsibilities will include nurturing the agency’s creative staff while developing its best-in-class overall talent pool.  She will also focus on expanding agency capabilities, technology and partnerships with an eye toward future growth and success.