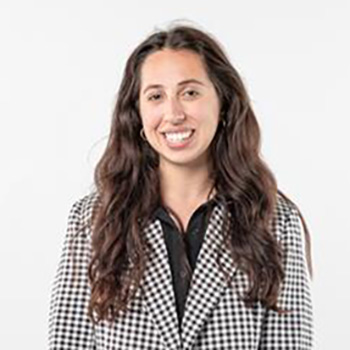 Over two years ago, the world as we know it dramatically changed. In the midst of lockdowns and navigating the unknown, many people turned to social media to help combat their quarantine blues. One platform that has found extreme success in the midst of all the chaos is TikTok.

In order to understand the cultural impact that TikTok has had on today’s society, it’s important to first understand the history of the app and its bumpy road to mass   popularity.

TikTok, originally known as music.ly initially came onto the scene in 2016, but was touted as a Gen Z app focused on creating short videos centered on trending dances and songs. As time went on the app gained more popularity amongst the youth.

Millennials in particular were skeptical.  After all, the original TikTok was the popular 2009 KE$HA song that would blast in the school gymnasium during semi-formals. They also took to calling it a knockoff version of Vine – the American social networking app known for its 6 second videos. Much to the dismay of many millennials, Vine went extinct in 2016, only to be replaced by TikTok.

TikTok was also faced with another roadblock regarding consumer backlash around its seemingly lackadaisical data handling policies. Many were concerned that their information wasn’t secure and would fall into the hands of the Chinese government. In today’s day and age, technology is advancing at a rapid rate, however with these advancements comes concern around cybersecurity. This theory was never able to be proven due to lack of concrete evidence.

Prior to COVID, GenZ made up the primary audience for the app, with one goal being to garner some semblance of social media fame. During the pandemic, however, the demographics of the app underwent a significant shift. As people were forced to stay home, they turned to the app that was once dismissed. In the era of Tiger King & banana bread, TikTok became a cultural phenomenon.

The most appealing part of this social platform is that it was not designed to cause an extreme amount of pressure on users. Social media often gets a bad wrap for simply showing highlight reels and neglecting to portray the hardships and mundane aspects of everyday life. As COVID raged on, morale was at an all time low and many people were feeling the impacts of the pandemic on their mental health. While many other apps focus on capturing the perfect moment, TikTok encourages imperfection. Instead of struggling to come up with a witty caption, and spending hours editing a photo the app is built on primarily unfiltered short form videos.

Additionally, users can upload as many times as they want without fear of double and triple posting. The app became a way for families to connect with each other through an activity of learning a dance or new skill. TikTok has such a wide variety of content – there really is something for everyone. In a time when human connection was seriously lacking, TikTok bridged the gap.

A March 2021 report published by Statista showed that demographics of TikTok are now fairly evenly spread out across generations. The report showed:

This elusive algorithm has been a hot topic of conversation amongst many. How does the app work? How can an app find out our deepest desires and interests so quickly? Surely, there is an explanation for why in a matter of hours, TikTok is able to know us better than we even know ourselves. While the app has decided to forgo transparency when it comes to the algorithm, it hasn’t deterred people from investigating. The Wall Street Journal even conducted its own investigation, creating a multitude of automated accounts to experiment with. The findings showed that the algorithm is largely based on how long you linger over a piece of content, whether that be through rewatching or simply hesitation to keep scrolling. Through this action TikTok is able to send users down rabbit holes of content that appears as if the app is reading your mind. While this is the primary motivator behind the algorithm, things such as likes, comments & shares are also contributing factors. Overall the algorithm is extremely powerful and while this investigation has shed some light on its inner workings, we still have a lot to learn.

We are now entering what has been dubbed the “Third Era” of social media with TikTok leading the charge. The social media landscape is constantly changing but social media as we know it is about to undergo a dramatic shift. Established platforms such as Instagram are moving to compete with TikTok on a larger scale. With the inception of social media came the news feed which is an archaic staple of both past and present applications. The news feed was the hot ticket to the social media world, legitimizing platforms and bringing some form of order to the digital world for consumers. This wave lasted for roughly a decade before the second wave started to creep up. The second era was centered on stories. While the newsfeed was a staple, newer applications wanted to find ways to standout amongst the competition. Snapchat was one of the pioneers of this initiative and helped to expand social beyond just content creators. Stories allowed various media entities and brands to join in on the fun, expanding the capabilities of social media. After witnessing Snapchat’s success with stories, Instagram decided to implement the feature. Now we are on the edge of the third era which is set to be the era of the video feed. TikTok has entranced users through the psychological idea of random reinforcement, and has arguably become one of the most addicting social networking apps on the market.

With this rapid growth and explosion in popularity TikTok has presented marketers with a plethora of new opportunities. Companies spanning a wide variety of industries are now turning to TikTok to promote everything from products & services, to places. Different industries reap different benefits from the app so it is important to understand the landscape and versatility before determining how to incorporate TikTok into your content strategy.

Now that you understand the history of TikTok, stay tuned for part two to learn more about best practices and application.