The darkest day in Matt White’s life arrived in June 2004, when his family-run Virginia advertising firm lost the Amtrak account and more than half of its revenue.

“My heart went through my throat,” said the chairman of WHITE64, the Tysons-based firm his “Mad Men” father founded in — no surprise given the firm’s name — 1964.

Revenue dropped from $9 million annually to around $4 million. WHITE64 laid off a third of its 60 employees. Executive salaries were slashed in half. Travel, entertainment, you name it . . . cut. Losing Amtrak also struck at the firm’s prestige, forcing White to get scrappy.

After the Amtrak debacle, which had been the firm’s mainstay client for 25 years, White’s team remade itself — and has been remaking itself ever since. The firm is a case study in small-business survival and how small companies remake themselves or die.

They had to. WHITE64 began focusing on sales and soon secured a couple of new clients — the Virginia Tourism Corporation and Verizon Wireless — that stabilized the company.

There was no letup in the ensuing years, as the digital era savaged legacy businesses from newspapers to shopping malls to advertising. Then the financial crisis arrived.

Now, in the past 18 months, WHITE64 is once again redefining itself as it seeks to nimbly navigate an evolving media world, preparing for the day when Matt White is no longer at the helm.

“It’s still the wild, wild West out there,” he said after a crazy 12-year ride. “Anybody who tells you they know where media is going from here is crazy. It is very humbling.”

Lately, WHITE64 has taken action that would give any advertising executive the heebie-jeebies:

White moved the firm from Herndon to Tysons Corner, where it has remodeled its workspace and remade its corporate culture, making it more inviting to young, digitally minded “early adopters,” who he said are the company’s future.

“It was quite a shock for me to go to the cube life,” White said. “We needed to take it to the next level and focus on talent — really focus on talent,” he said, adding that “it’s a very flexible environment, and it’s absolutely scary.”

WHITE64’s new digs have all the hallmarks of millennial heaven. The firm abolished office hours for its 55 employees. Everyone got an Apple laptop. They sit cross-legged on their chairs, wearing what they want, showing up when they want. There is unlimited time off as long as the work gets done. The office space is open, not siloed. There’s even a varsity-size ping-pong table.

The idea here is to attract the best and the brightest and hold them accountable for their work, and not worry about how they get there. He pays them well. Top performers get six-figure-plus salaries.

“We are in the talent and idea business, and the clients we attract are only as good as the people we attract. . . . We don’t have the big name. If we are going to attract talent that moves our clients’ businesses, we have to offer something compelling.”

Not only that, the company is media-agnostic.

“We don’t care about what media tool you use to get out the message. We are focused on going back to what my dad did: focusing on the power of ideas.”

His dad, Jim, started the agency 52 years ago. Jim White grew up professionally in the 1960s Mad Men era, as depicted on cable television, and started the firm with several partners. His father eventually bought out his partners, and Matt White now owns 80 percent. 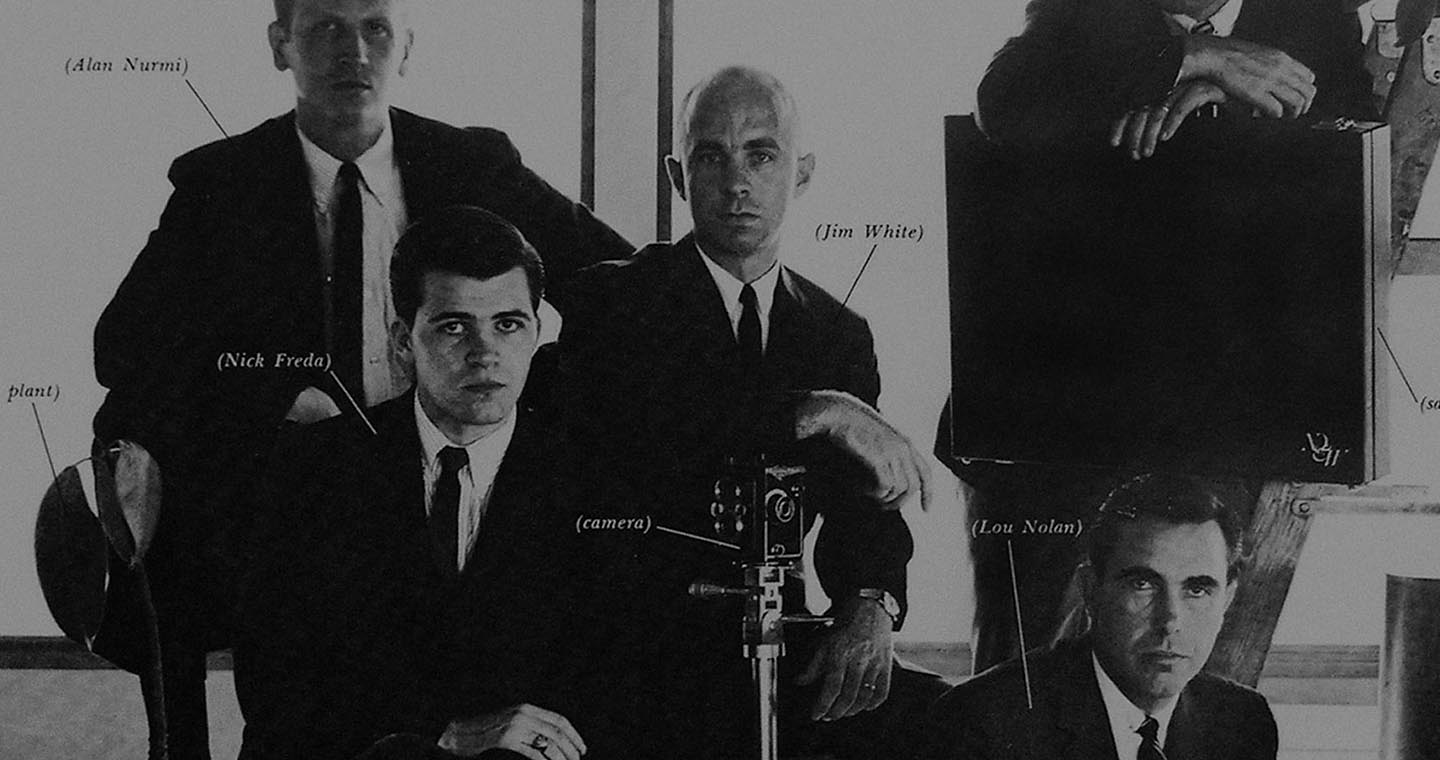 In its early years, the firm was built around Washington’s bread-and-butter industries. It specialized in association and government work, such as creating the former U.S. Department of Health, Education and Welfare’s revolutionary anti-smoking campaign and designing a logo for the National Oceanographic and Atmospheric Administration.

In the 1970s, the firm took on more commercial clients — including Time Life Books, National Geographic and the Smithsonian Institution — before winning the Amtrak account.

Matt grew up in Fairfax County, went to W.T. Woodson High School and graduated from Boston University with a journalism degree. After spending some time working in Buffalo and New York City, Matt joined the family business in 1983. He was 23.

WHITE64 grew, along with its Amtrak account over 25 years, topping out in 2004 at $9 million a year in revenue.

White knew the risks of relying too much on Amtrak.

“In small businesses, it’s always somewhat unnerving to have too many eggs in one basket. But at the same time, as one account continues to grow, you don’t want to say no. Amtrak was having growth, and [WHITE64] was doing well. They are successful, you are successful.”

Post-Amtrak, the firm was forced to diversify, and it has continued to do so. It entered advocacy marketing, working on the Clean Coal campaign for a collection of electric utilities, coal companies and coal-carrying railroads.

The changes at WHITE64 remind me of how digital technology has transformed the old newspaper business. The past 10 years have seen a dramatic change in advertising with the rise of social media, such as Facebook, Instagram and Twitter.

“Every plan we do has a social-media strategy as part of it,” said White.

“Prior to getting canned by Amtrak, we never did any of that. The huge change forced us to reinvent our team and reinvent our focus.”

Media buying has changed with it. The days are fading when advertising meant dropping an ad in a newspaper or airing a commercial on television. “Where we used to buy media for print, radio and television, now we are buying digital media that incorporates analytics,” White said. “People buy audiences, not actual sites.”

So if a client is looking for 60-year-old guys who live in Washington, enjoy the theater, music and wine and play golf on the weekend, “you can drill for that audience.”

Toward the end of our conversation, White offered that he is positioning the firm to be owned and run by a new generation in the next few years.

“This has been a family-owned-and-run business, and I needed to make the decision to go beyond the family,” said the father of four. He said he plans to sell the company to an internal team of people over the next seven years.

“This is a young person’s business,” he said. “You have to stay current with the media, and the media is moving so quickly.”

“As a business that is 52 years old, we have built something that has stood the test of time. It’s a tough, hard business and . . . I have a really talented team that I want to reward and empower.”